The idea and participation of Indonesia in Maritime Silk Road (MSR) is one of the steps taken by President Joko Widodo in overcoming the problems that occur in the marine sector of Indonesia. Because since 2000, Indonesia’s shipping industry is highly dependent on foreigners, where export and import activities are dominated by foreigners. Since the supply of ships and the government’s attention in the shipping industry is minimal, the attention of the government began to be seen when the cabotage law was made in 2011 which then made the domestic players begin to join the shipping industry. Nevertheless, domestic players are still difficult to compete with foreign ships, especially in the international market. This is because the capacity of ships and cooperative networks owned by domestic players is not comparable with foreign players.

In another aspect, the idea and participation of Indonesia in the Maritime Silk Road (MSR) is also regulated by regulation related to illegal fishing and still the blurring of Indonesian territorial waters with other countries. The issue of illegal fishing regulation has caused Indonesia to lose at least US $ 24 billion, due to illegal fishing by China, Malaysia, the Philippines, Thailand, and Vietnam. At the same time, the border bloc makes the attack on border commercial vessels still frequent, especially in the Malacca Strait and the South China Sea, in overcoming this problem Indonesia is faced with China’s claims in the South China Sea that overlap with Indonesia’s Exclusive Economic Zone (ZEE). So it takes cooperation with other countries to overcome the problems that occur in the border territorial waters of Indonesia.

This problem then prompted President Joko Widodo to realize his ambition of making Indonesia a global maritime axis, by establishing a cooperative relationship with China that has already established cooperation with Asian countries. On the other hand, China also uses Maritime Silk Road (MSR) as a step towards realizing the new security concept, which was planned and introduced at the ASEAN Regional Forum (ARF) in the 1990s. China’s desire to reduce US influence in Southeast Asia has failed. This failure was apparent during an attack on the World Trade Center Twins Tower in New York, USA on September 9, 2001. The attacks led to the birth of the Bush Doctrine which calls on all countries to cooperate in tackling terrorism and almost all countries support it. It also puts pressure on other countries such as North Korea, China, and Japan to refuse to support the Bush Doctrine in the midst of most countries to support it, so that in that year China failed to realize the new security concept that was introduced in that year.

Maritime Silk Road (MSR) was formed not only from China’s interest in economy and security. Given 10% of global merchandise is produced by China, which then makes China as the destination and the starting point of international trade. In addition, seven of the world’s 10 busiest container harbors are located in China, with Shanghai being the largest port in the world. On the other hand, three Chinese shipping companies are among the 12 largest container transporters in the world, and China is the third largest shipbuilding country in the world and the world’s largest shipbuilder, so it is not surprising that China has its maritime territory. This then makes the president Joko Widodo and Xin Jimping cooperate, considering both have the same vision and mission that is in the field of economy and security.

For Indonesia, the maritime sector is a vital sector for the economy of the country, given Indonesia which is an archipelagic country with a vast maritime territory, has a promising marine wealth. Approximately 75 percent of Indonesia’s sovereign territory is a marine area, and consists of territorial sea, Exclusive Economic Zone (ZEE), and sea 12 miles. In addition, the territorial waters of Indonesia hold enormous economic potential. How not, the Indonesian sea contributes 70 percent of national oil and gas production, large fishery production to put Indonesia second world rank in 2012, and coral reefs reaching 85,000 km2. This potential provides a new ambition for Indonesia currently under the leadership of President Joko Widodo, to re-generate the maritime power of Indonesia and become a global maritime axis.

China as the rising power has a new course in its foreign policy, which emphasizes the importance of establishing diplomatic relations with neighbouring countries. This policy direction is very different from China before 2012, preferring to remain humble as its strategy in international relations. President Xi Jinping, precisely in the year 2013, undertook a strategy revolution in its foreign policy, namely by further establishing interconnectivity between neighbouring countries and encouraging cooperation with each other.

This change in policy direction spawned a new diplomatic idea from Chinese academics who advocated China to put its periphery countries the first priority. In the context of China as the rising power, China needs to emphasize such a form of diplomacy and prioritize good neighbourhood policy. This is because for three reasons, first, to become a global power, China must first show strength in the region and become a regional power. Secondly, along with the United States’ efforts to block China’s strength, good neighborhood policy can be a medium to gain much support from other countries to offset the pressure the United States has. The third reason is, by pointing out that China is a “good neighbor”, then neighboring countries will feel more at ease seeing China’s current strength.

One of China’s efforts in realizing its policy is to realize the program “One Belt, One Road”, which then led to Maritime Silk Road. China’s initiative to form Maritime Silk Road is to develop infrastructure and cooperation with South Asian and Southeast Asian countries, the Northern Indian Ocean and Europe while emphasizing the safety of maritime trade. In the project, the most affected area is ASEAN, as nearly 85 percent of China’s goods are imported into ASEAN and by sea. For this reason, China feels the need to establish cooperation and connectivity with ASEAN countries in order to safeguard its national interests and strengthen its influence in the region. ASEAN is not only a big market for its products but also a priority in terms of foreign investment. Not only does China want to invest in the ASEAN region, but the other goal of Maritime Silk Road (MSR) is also to encourage companies in ASEAN to cooperate and do business with China.

Indonesia’s ambition with its Global Maritime Fulcrum (GMF), and China with Maritime Silk Road (MSR) is a manifestation of the ambition of both countries to become the center and strength by utilizing the maritime territory. What distinguishes between MSR and GMF lies in the existing policy direction. GMF promoted by President Jokowi prioritizes the improvement of domestic maritime infrastructure and prioritizes inter-island connectivity because Indonesia consists of islands and is surrounded by vast maritime areas. While China through MSR wishes to establish interaction among other countries by purposing of further expanding the network of alliances and cooperation. In other words, Indonesian policy focuses more on connectivity in the domestic sphere, while China is more in the wider scope of overseas.

By strengthening domestic matters, Indonesia can show its identity as an archipelagic country with a good maritime culture and a strong maritime territory, which deserves to be called a global maritime axis. At the same time, the global maritime fulcrum is also actually a tool for Indonesia to establish cooperation with other countries. Therefore, to realize the existing pillars, Indonesia needs to establish good cooperation to support the realization of ambitions in global maritime fulcrum. One of the promising and strategic cooperation is with China. Meanwhile, on the other hand, China is also in desperate need of Indonesia in strategic cooperation Maritime Silk Road it. Because, to strengthen its influence in ASEAN and realize its interests in MSR, Indonesia is a very important partner, given the influence and role of Indonesia in the region.

Indonesia’s longstanding bilateral relations between Indonesia and China provide many advantages for both parties. Since establishing a comprehensive strategic partnership, both have deepened their political beliefs, and mutually reinforced cultural exchanges through people to people. The continuation of this increasingly bilateral relationship, one of which is that China and Indonesia are committed to contributing to regional peace and security, as well as in creating world development and prosperity. President Jokowi and President Xi Jinping, who met at the BFA forum (Boao Forum for Asia) in 2015, shared with each other the importance of building a joint venture to promote the importance of the strategic partnership between the two countries. These include sovereign equality, mutual respect, mutual trust, mutual benefit, reciprocity, and unity and coordination in the new era.

In relation to China’s Maritime Silk Road and Global Maritime Fulcrum Indonesia, the two countries agreed that both of them had the same and complementary interests. Between Indonesia and China, the two agreed to synergize the two projects so that mutual benefit to each other18. Through MSR and GMF promoted by each country, China and Indonesia agree to strengthen policy strategies and communications, advanced connectivity of maritime infrastructure, deepen cooperation in industrial investment and construction of major projects, enhance maritime economic cooperation, maritime culture, maritime tourism, As well as to develop a joint Maritime (Maritime Partnership). Indonesia and China see that in the strategic partnership plan that is built later, they can benefit from each other in realizing their ambition to become a force in the maritime axis of the world.

With the MSR, it certainly enables Indonesia to strengthen its existing strategic partnership, and because Maritime Silk Road is not a form of hegemony but rather an economic tie and diplomacy, Indonesia is more than happy to work together. Profits in the cooperation that exists between the two in MSR and GMF, certainly not only obtained by Indonesia but also China. For China, Indonesia is an important partner for MSR, as Indonesia is profitable in terms of resources, markets, labor and geographic. 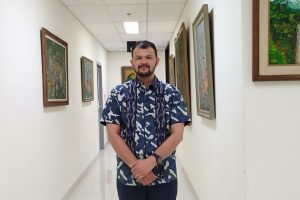 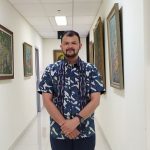 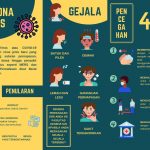 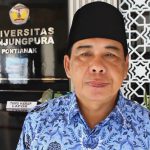